Ceramic lay-on washbasin without tap hole with towel rail. From the shapes that refer to the theme of the bucket. Scarabeo Bucket series. 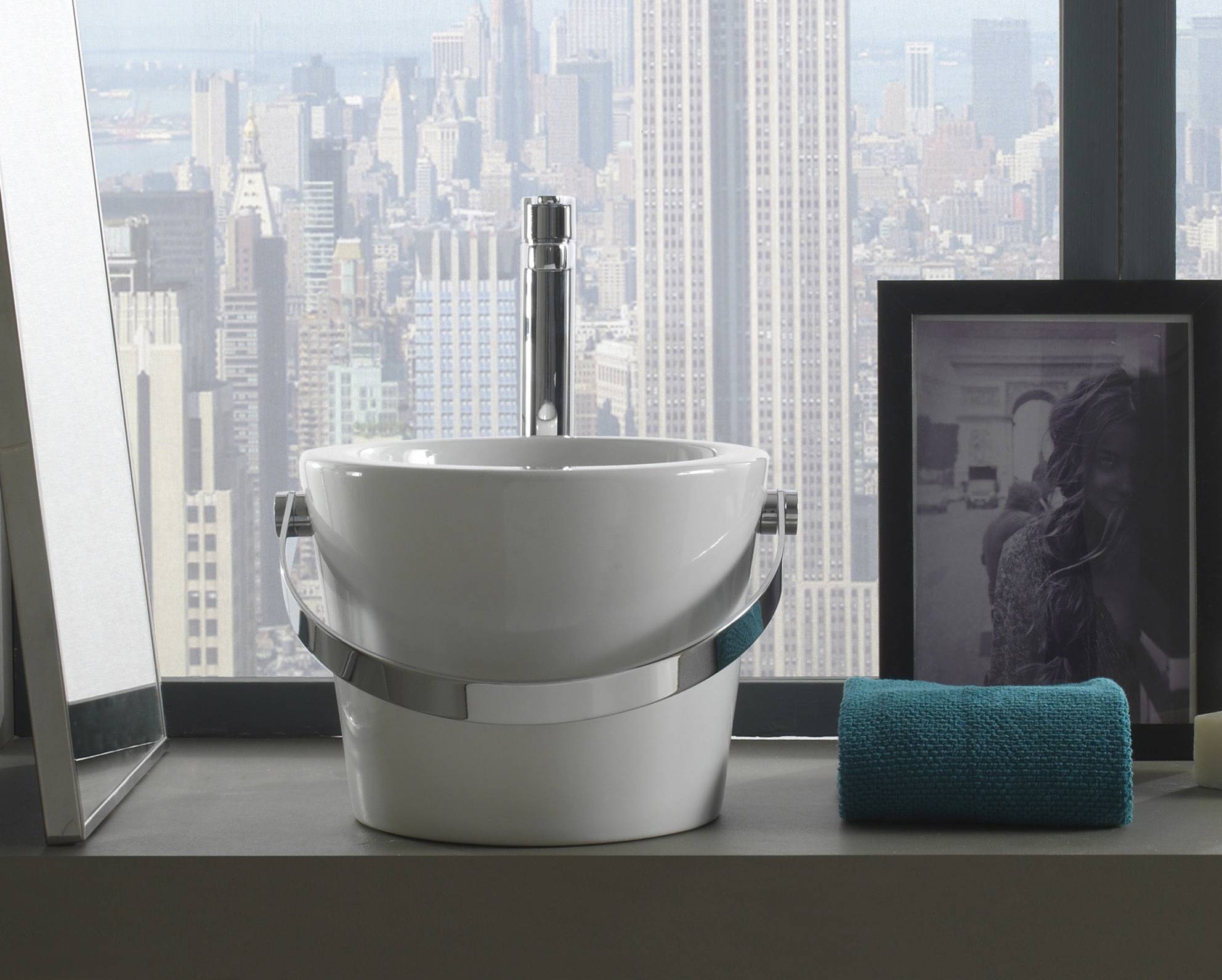 The bucket series is distinguished by its shapes that recall the theme of the bucket, here declined in different sizes and decorations. The object, symbol of the game and the simplicity, it turns in complement for the bathroom becoming washbasin, where the handle has the function of towel rail both in the version with Wall mount and in the support one. 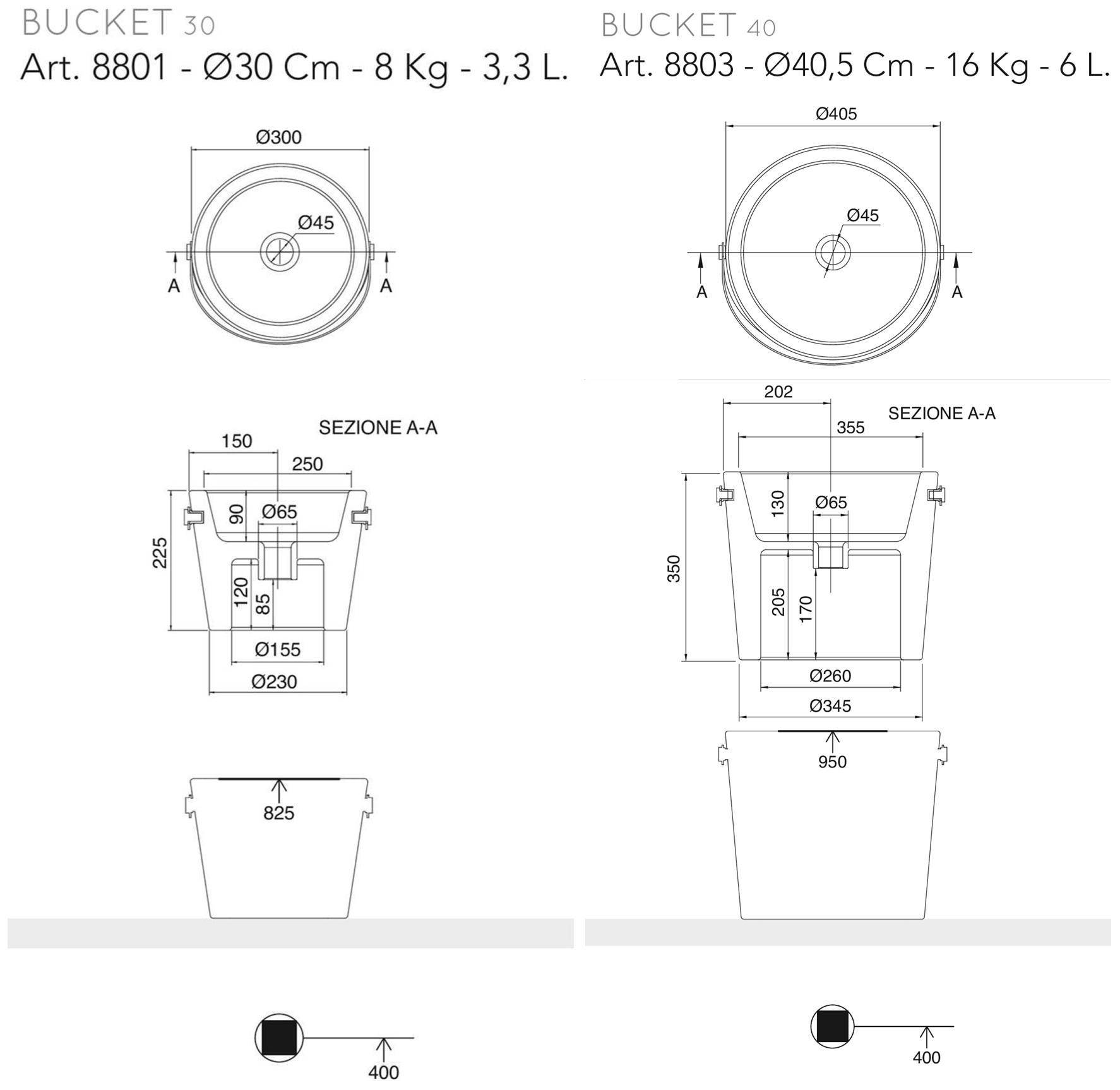